Welcome to the weird and Winderfil 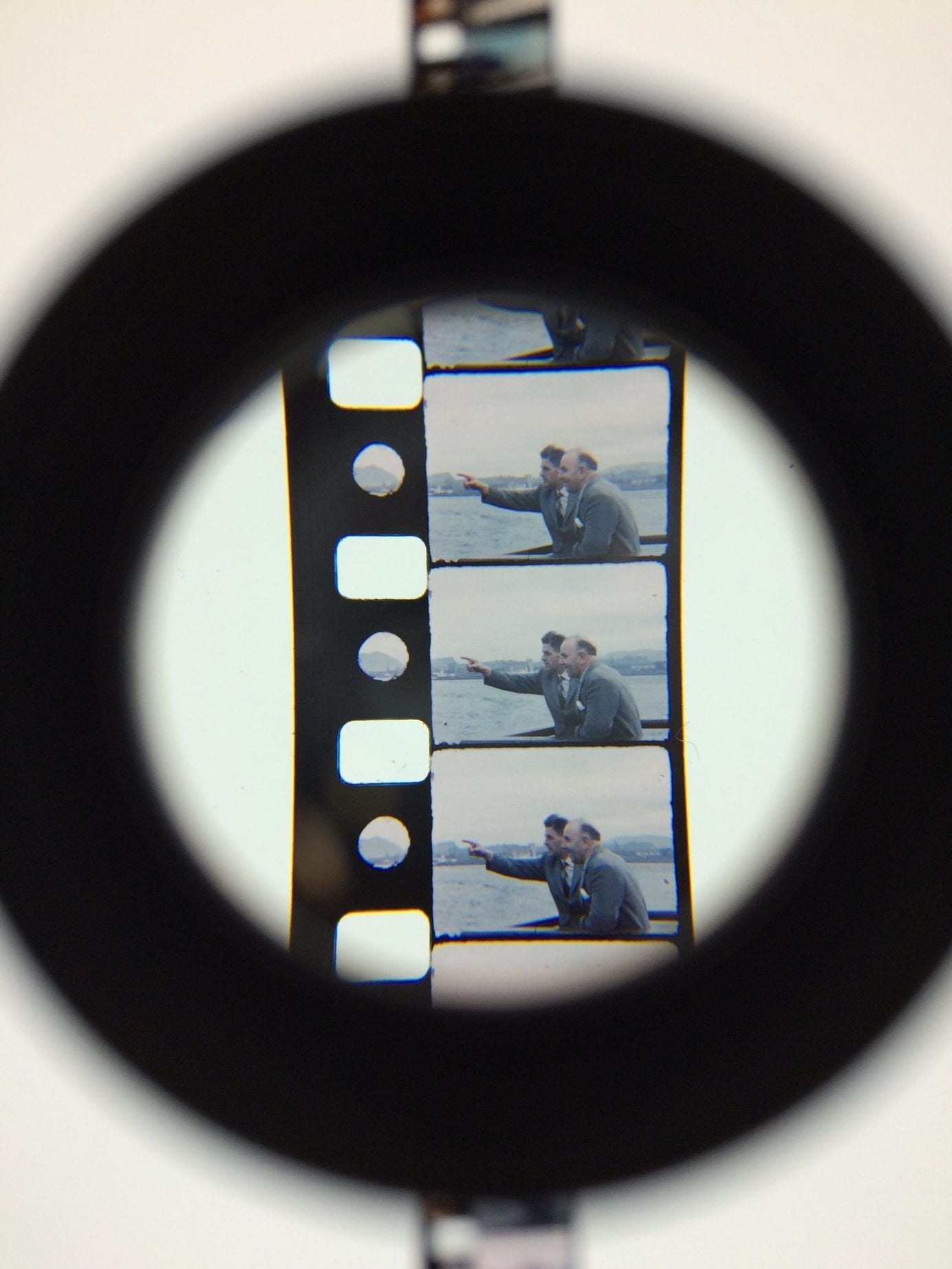 A new socially-distant, outdoor and accessible celebration of archive films from Shetland will take place in and around Commercial Street this winter, from Monday 30 Nov to Thursday 24 December 2020.

The Winderfil trail will screen silent films from the Shetland FIlm Archive in shop windows along da street, which will screen from 2pm each day until shops close. Some screens will even be left on into the dark nights for those out for walks, jogging, or enjoying some festive hospitality at town-centre restaurants and bars.

The trail will take in almost a century of amazing archive film including recent additions to the archive such as scenes of Lerwick in the 1930s and the wreck of the St Sunniva, and shots of Lerwick and Da Street in 1960, both generously donated by John, Derek and Isobel Irvine.

Curated by Maya Darell Hewins and Graham Webster, the project is being supported in-kind by Living Lerwick, as part of their wider calendar of events for winter 2020.

Greg McCarron, chair of the Shetland Film Archive: “We’re really excited to show some of these treasures on screen for the first time. Our Youtube channel’s been growing quite well in the past year, and it’s great to be able to screen some of our gems in physical spaces again.”

“We wanted to create something to raise a smile to people’s faces offline, and have managed to do it in a way that respects current guidelines on events and social distancing.”

Ben Mullay, Director of Living Lerwick said: “This is an excellent opportunity to showcase footage from the Shetland Film Archive and give customers a safe and enjoyable activity to take part in while they spend time in town shopping.

“Photography and video of our history is a fantastic way to keep in touch with our heritage and we’re lucky to have such great assets available. Living Lerwick are delighted to be working with the Shetland Film Archive on this project.“

Visitors will be able to download a trail path and quiz from Living Lerwick’s website, here, or pick up a paper copy from the VisitScotland office at the Market Cross from Monday 30 November. More information on the trail, including teasers of some of the films, will be released via Winderfil’s Instagram feed and Shetland Film Archive’s Facebook and Twitter pages in the coming weeks.