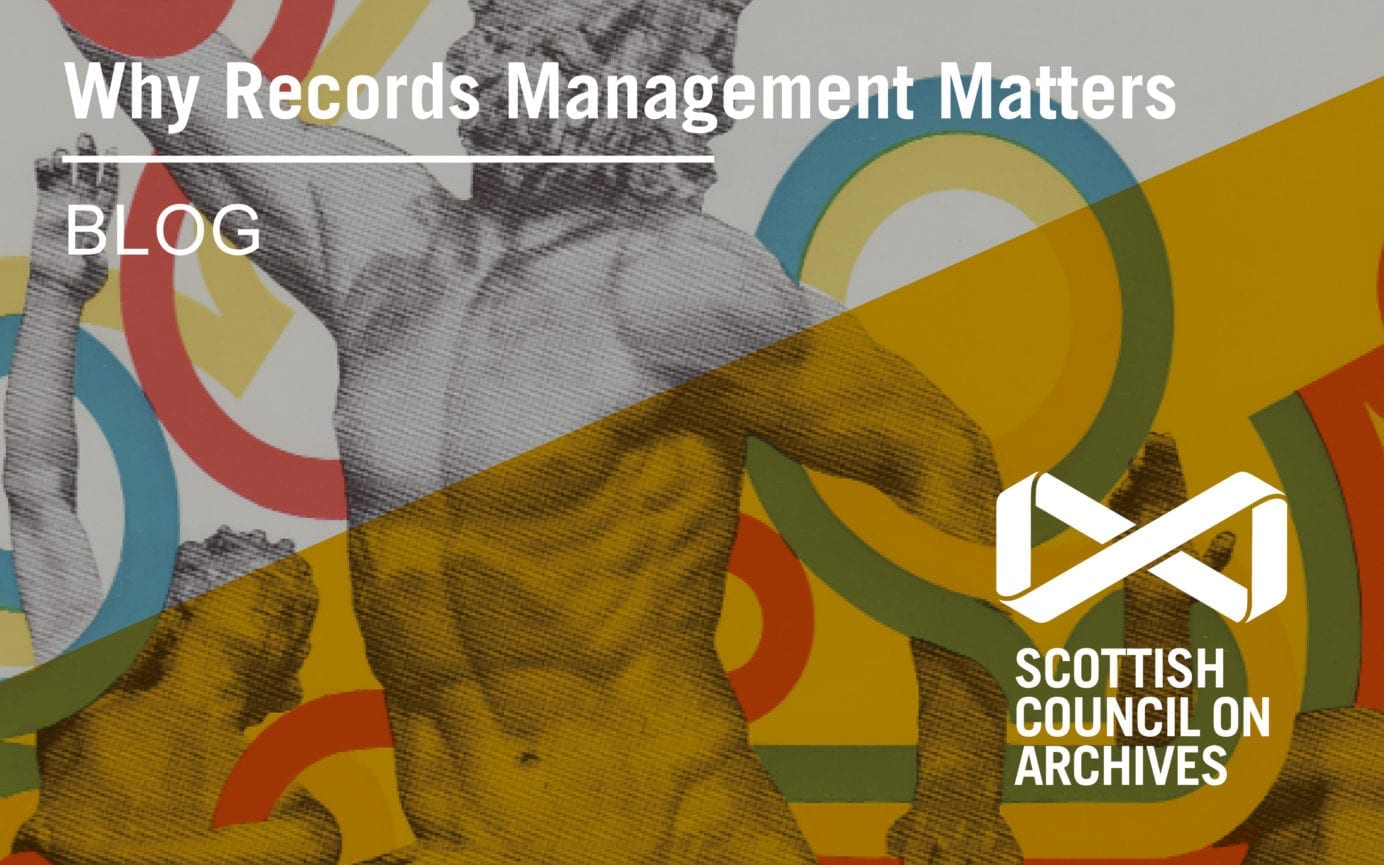 Earlier this year I was introduced to a remarkable person who helped to re-ignite my passionate belief in the fundamental role of effective record keeping and records management in maintaining a healthy society. It is vital for enabling accountable, transparent and trusted government and effective, efficient, and innovative service delivery across all sectors, especially in partnership; it also empowers communities and safeguards the rights and freedoms of individuals. Her name is Maryanne Pugsley.

In April of this year, Maryanne lodged a petition with the Scottish Parliament, calling them to urge the Scottish Government to endorse a public inquiry into the abuse of children within Scottish state schools. (Access it here).

This represents the latest chapter in Maryanne’s attempt to seek justice for her long-standing allegations of sexual abuse she suffered repeatedly at the hands of one of her teachers while at a state school in Scotland in the 1970s. This original abuse has been compounded again and again over subsequent decades by public sector and 3rd sector bodies who have failed to address the wrongs done to her, to help her to get justice and closure.

A key element of Maryanne’s pursuit of justice was in finding corroborative evidence of her abuse, evidence in the form of records held by those agencies involved in her story. The information she sought was not forthcoming. Records had either not been retained or could not be found; some may never have been created in the first place.  Without corroboration, her case could not proceed to trial in a criminal court.

Despite the repeated feelings of dejection and despair she experienced as she faced these brick walls, Maryanne was determined to pursue whatever avenues she could in pursuit of justice, for herself and for others in the same position that she found herself in. She used Freedom of Information legislation to make requests to all local authorities for statistics and details of retention practice of records relating to allegations of child sex abuse in schools. This also revealed record keeping and records management shortcomings and inconsistencies:

“The figures that I am getting back differ hugely and the records that are being kept are minimal, from what I can see. … Some local authorities will not disclose any records and instead cite data protection legislation, although I have not asked for names or anything like that.

The trend seems to be that the records do not go back very far—only to 2008 or 2012. When it comes to child sexual abuse or inappropriate relationships or allegations, it seems that local authorities do not feel the need to keep records, or have not had guidance from somewhere else saying that they must keep such records. When people have come forward to allege abuse, local authorities can confirm that only by keeping records, but there seems to be a trend of poor record keeping” Public Petitions Committee Official Report of 25 April 2019.

In order to try and  prevent others from experiencing the detrimental impact that these records management failings had on her pursuit of justice and on her health and wellbeing, “Long term retention and effective management of relevant records.” is one of the seven desired petition outcomes that Maryanne submitted to the Public Petitions Committee on October 9th, 2019.

The importance of effective records management to the victims of child abuse was echoed in Tom Shaw’s 2007 report on the ‘Historical Abuse Systemic Review’.

“Survivors of institutional child abuse place huge importance upon records for insights into their circumstances, for informing any legal proceeding they’re involved in and for helping them to heal from the long-lasting effects of child abuse.” Shaw, p22

“Despite the contributions many individuals made to our search for information, however, it became apparent that poor records management practices have led to poor outcomes from personal, historical and social perspectives, as this report illustrates.” Shaw, p216

When the Shaw Report was published in 2007, despite having no explicit remit to review standards of record keeping, it included a full chapter and two appendices focussing specifically on records within the context of the review and a full section of recommendations in relation to records management.  His findings mirrored those of Maryanne’s and many others.

Shaw’s recommendation that “The government should commission a review of public records legislation which should lead to new legislation being drafted to meet records and information needs in Scotland.” Shaw, p156, led to the creation of the Public Records (Scotland) Act 2011, providing a far more robust legislative framework than existed before. This has been followed by more robust data protection legislation introduced in 2018, in particular the inclusion of the accountability principle, under Article 5(2) of the General Data Protection Regulation and its mandatory requirement to create and retain records to demonstrate compliance with that legislation.

Progress has undoubtedly been made in terms of positive action to address issues with record keeping and records management, including meeting the more complex management requirements of digital information. We now have effective technology solutions capable of automating records management and wider information governance rules. If properly understood and applied, this will remove the burden of compliance from users and reduce the risk of individuals, inadvertently or deliberately, flouting these important mechanisms “for safeguarding authenticity and safekeeping personal and corporate information”. John Pelan, SCA Blog, 29 October 2019

However, when it comes to implementing both national legislation and corporate policy, I believe there continues to be a disconnect between the creators and users of information, records managers responsible for proper governance and effective use of that information, developers and implementors of enabling technologies and policy makers setting agendas for all our futures. If we are to properly embed effective records management practice into “business as usual” across public, private and third sectors, we must bridge these gaps, not least by raising awareness of why records management matters, not for its own sake but because how we manage or fail to manage our records and information has a direct impact on every aspect of life. It has the power to inform or mislead, to unite or divide, to create or destroy, to protect or to harm, to empower or to disenfranchise.”

The planned Scottish Council on Archives conference, Why Records Management Matters, in the spring of 2020 will provide such an opportunity. I hope to see you there. In the meantime, I encourage you to access Maryanne’s petition, and in particular read her recommendations for addressing the records management obstacles she has faced in her pursuit of justice – PDF document PE1717/D.  Although, due to live legal proceedings, the petition has been suspended until legalities have concluded, you can also submit online any comments prompted by your reading of this document.