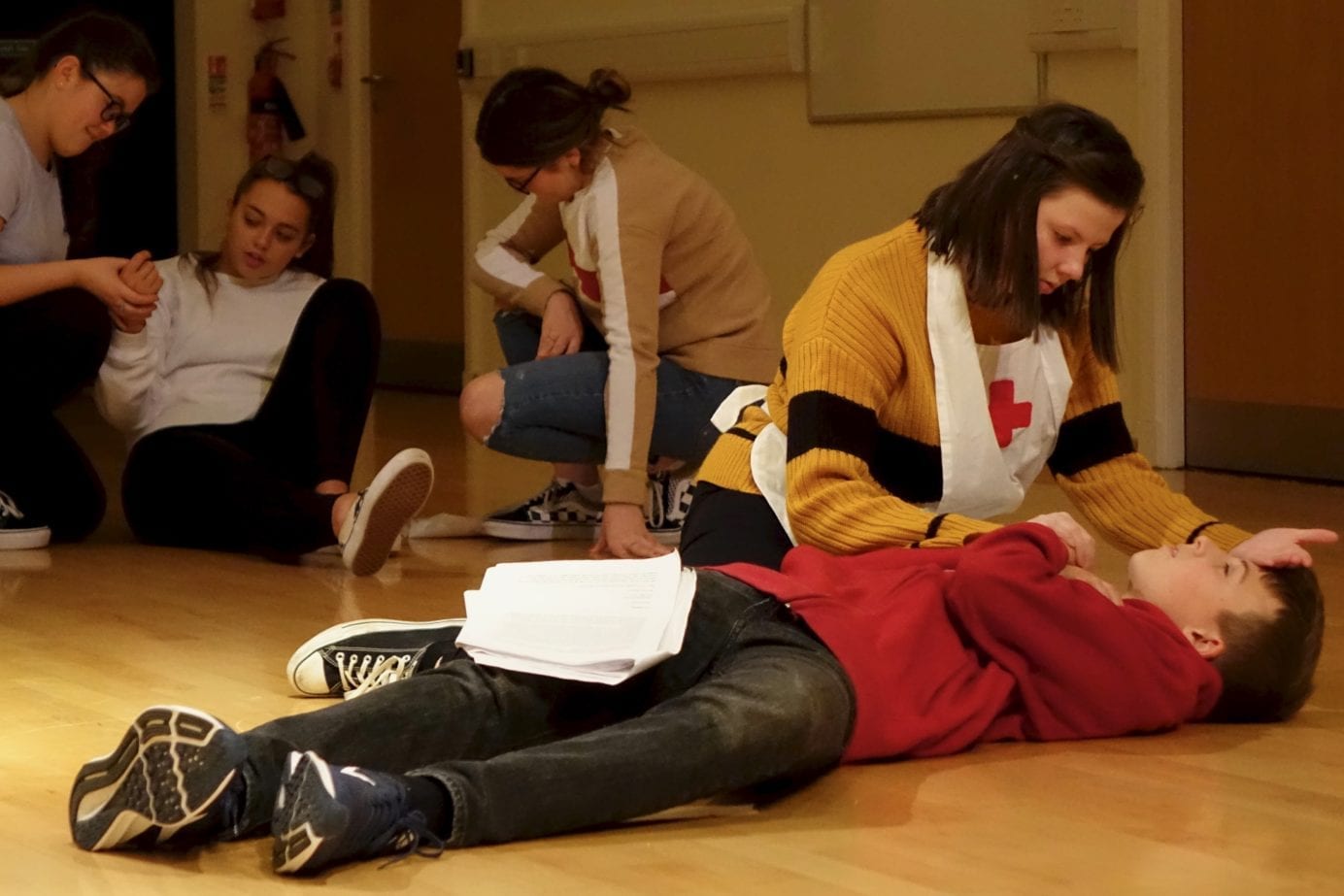 In September 2018, the Scottish Council on Archives received a National Lottery grant of £9,600.00 for its ‘Theatre of Remembrance’ project. Awarded through the Heritage Lottery Fund’s First World War then and now programme, the project focused on using material held by local archives to create dramatic performances, bringing to life the voices and stories of individuals and their communities during the First World War. The project was delivered in partnership with the Aberdeen City and Aberdeenshire Archives and East Dunbartonshire Leisure & Culture Archives.

The young people were involved in every aspect of the project from developing the script through to stage, sound, lighting and performance. The three live community performances took place around the time of the 100-year commemoration of Armistice day on 11 November 2018. Over 200 parents, staff and guests from the local communities watched the finished performances, some of which included live music from students, exhibitions of archive material and wartime memorabilia, and home-baked cakes and tea afterwards. Amongst the audience at Mackie Academy was Aberdeenshire Council CEO Jim Savege, who wrote afterwards of the “poignant and inspiring” performance.

In support of the Scottish Government’s Year of Young People, the project highlighted the contributions young people make to culture and heritage. Through dramatic performances of the accounts of those who lived through the First World War, the project offered young people and their communities the opportunity to connect to their heritage in moving and immediate ways. The students gained new skills and confidence in performing, alongside an in-depth understanding of the lived experiences of the war.  One Boclair student said that she had never performed before. “I’ve lived in a shell for the past six years. Since the performance I’ve had a confidence that I’ve never had before, to go up and talk to people”.

The Theatre of Remembrance project is an innovative example of how the poignant and compelling stories found in local archives can be shared with communities. If you would like any further information about this project, please get in touch at contact@scottisharchives.org.uk